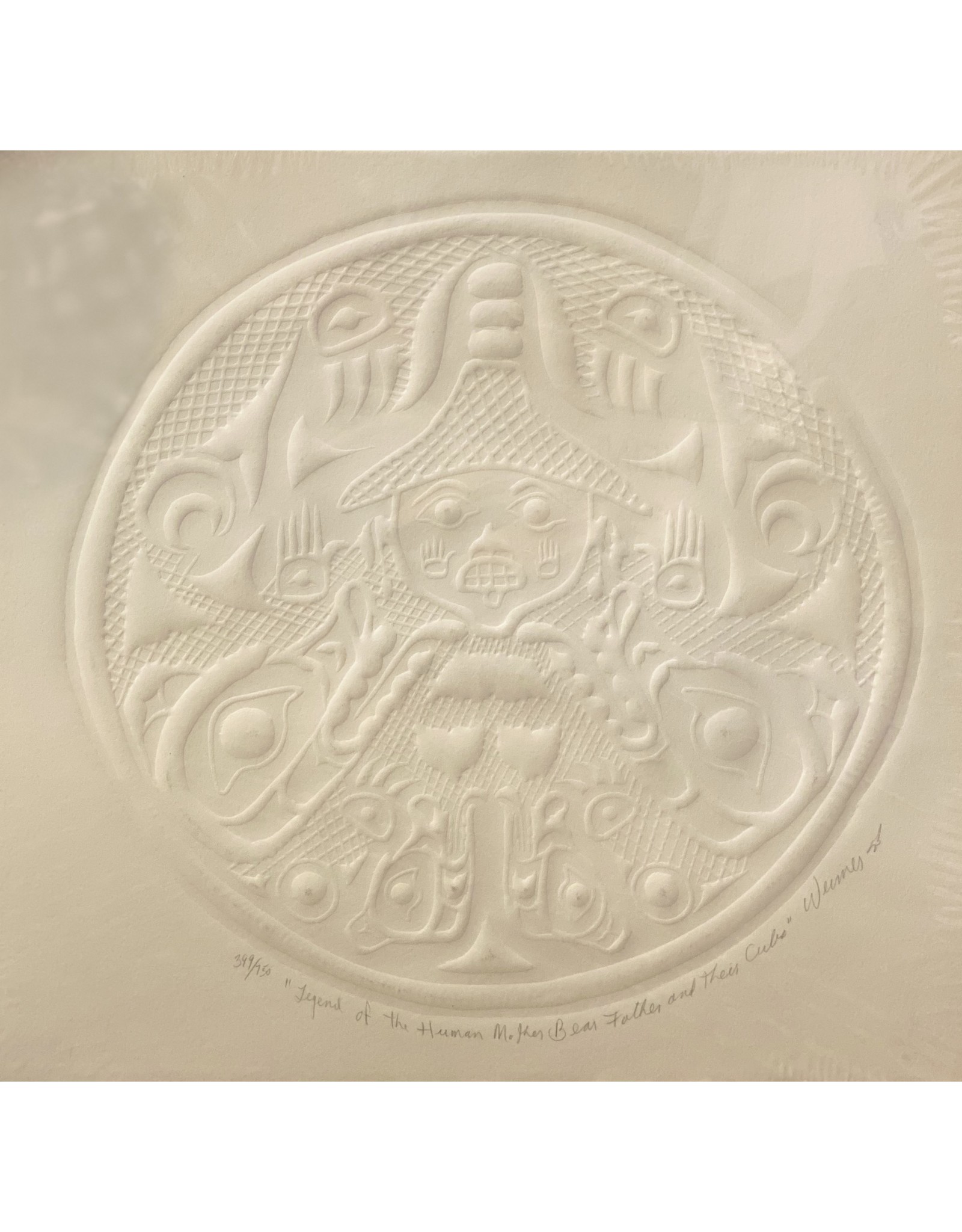 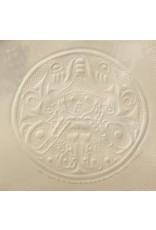 Arnie Weimer's "Legend of the Human Mother and Bear Father" is available in the size 13x13. The white embossed print is a limited edition out of 750.