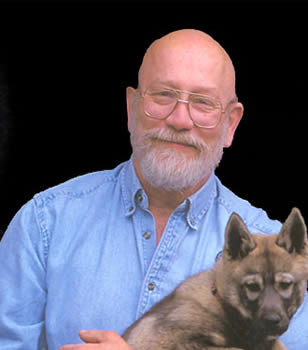 Jon Van Zyle is widely recognized as one of the premier artists in Alaska, and he has built a national reputation. His graceful and realistic portrayals of dog teams and landscapes are unmatched. Art is his life and Alaska, all of Alaska, has been his inspiration. Artist Jon Van Zyle has seen more of Alaska in a much more unique way than most can ever hope to experience.

Jon has twice completed the 1049 miles of the Iditarod Trail Sled Dog Race between Anchorage and Nome. From these adventures he has created the yearly Iditarod poster series commemorating the race and his involvement. In 1979 he was made official Iditarod artist, a title he still holds today. In 2004, Jon was inducted into the Iditarod Hall of Fame.

His acrylic paintings go beyond the race though, and encompass so much of Alaska’s beauty. Jon’s reputation as a storyteller through his art is further enhanced by his art prints, posters and stone lithographs. Dog teams, landscapes, wildlife, Alaskan faces from native to newcomer, portray an intimacy with the land and its people. He touches on history with studies of Alaskan pioneers and native traditions and lore recording the Alaskan spirit. Public acceptance of his shared feeling through his art has been his greatest reward.

Jon’s art career has spanned over 50 years. A prolific artist, he produces numerous paintings a year for one man exhibitions in the United States and Europe. Illustrating at least two children’s books a year since 1993 for prestigious publishers has earned him a reputation with a younger audience as well as many awards for his children’s art. His limited edition prints and posters sell out regularly with over 350 editions in the last 50 years.

Jon and his wife Jona, also an artist, travel extensively, gathering material and experiences for the continuous production of works of art. The Van Zyles live near Eagle River, Alaska where they raise and train Siberian Huskies. Both inspirational and functional, the dogs play a large part in their lives together.