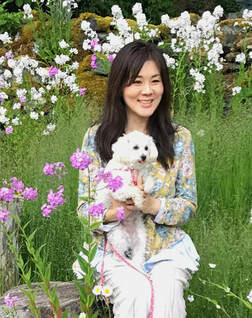 Chihiro Pierce is a Japanese artist raised in Japan. She enjoyed painting as a child. It became clear at an early age that she was destined for a career in fine arts. Her works can be described as realistic with a European and Japanese flavor. After graduating from Musashino Art University College, Japan, she worked for an architectural company as a professional perspective creator. She then went on to pursue her passion for watercolor painting. Her works were selected into several national and international shows. Her works were featured on the cover and she was interviewed for the cover story in the French magazine, “Pratique des Arts”. Also her still life work was selected and she was interviewed for the, 'International Artist Magazine'.

She is currently a long standing member of the Japan Watercolor Society. Since she became a member, she has been participating in exhibitions and publications throughout Japan. She was an instructor for DANIEL SMITH on the east side of Seattle until 2019. Chihiro, enjoys expressing herself through her painting. She finds fulfillment and meaning within her art and hopes that it’s touches the lives of others. She wishes her paintings to be a source of comfort and peace within the lives of those that happen upon them or those that see them daily. She is in love with painting English roses and also enjoys painting beautiful wild animals and landscapes. Now she is living amongst the vast and endless beauty of Juneau, Alaska where she has found her new home with her husband, Frank Lynn Pierce.