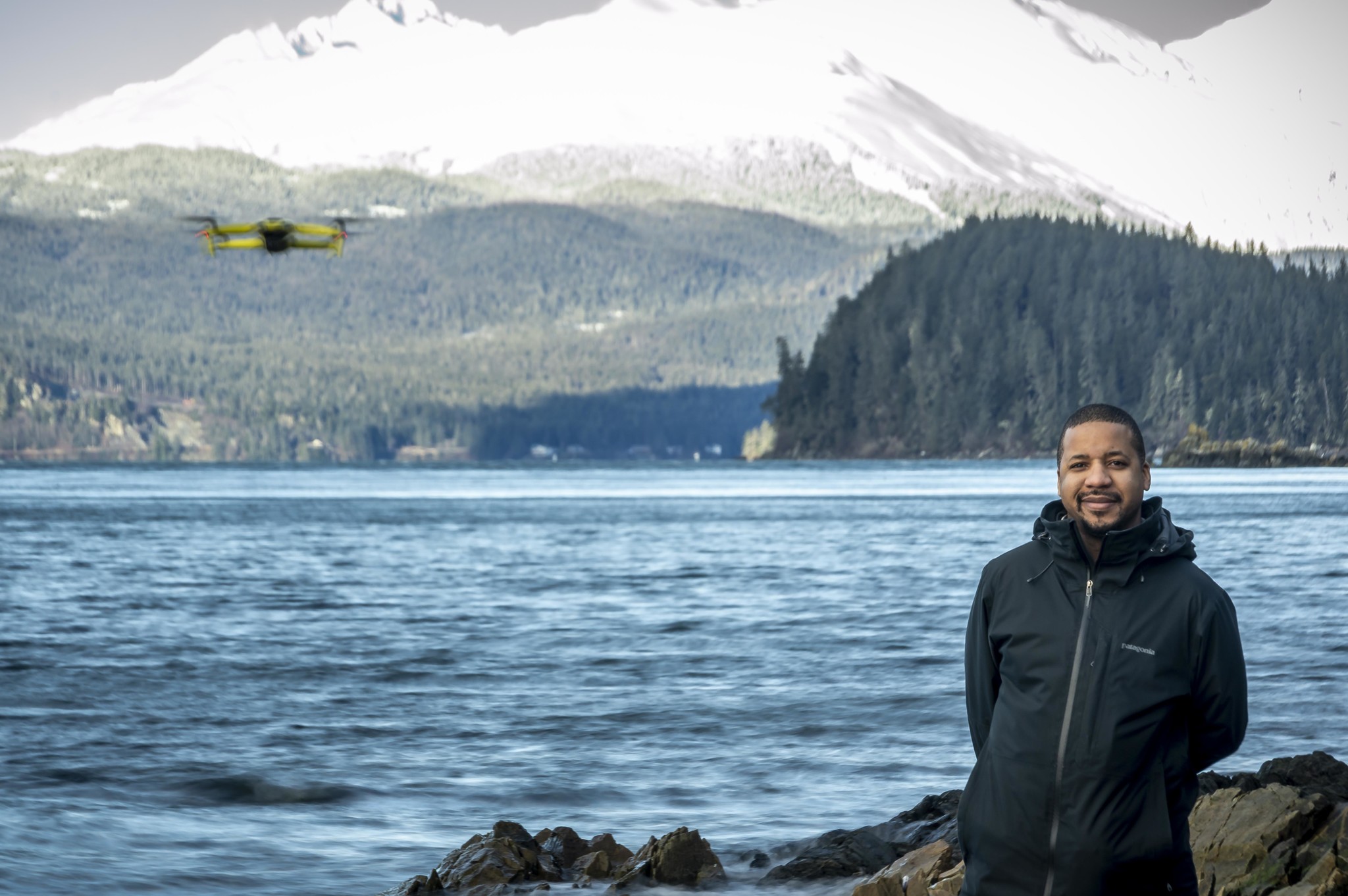 Kevin Jeffery is the sole crew member behind the aerial photography company Veriditas Rising and lives with his wife on the homelands of the Áak’w Kw’aan and T’aaku Kwáan (Juneau, AK). He started getting into photography in 2016, but it was not until he moved to Juneau in 2019 that he became a drone pilot. After honing his skills as a hobbyist, he obtained a Part 107 commercial drone pilot license in November 2021.

He uses his drone, named Gil, to capture lively photos, videos, and 360° panoramic images that highlight the beauty of nature as well as how humans and animals interact with it.  With every shot, the goal is to create extraordinary imagery that speaks to audiences with unique or unseen points of view.

He finds inspiration in the multitude of Southeast Alaska's waterscapes. Kevin also dabbles in watercolors, sketching, and virtual reality renderings. Kevin studied landscape architecture at the University of Texas at Austin and works at MRV Architects as their Landscape Architect Associate. He finds joy through his professional and personal endeavors in exploring how to define, identify, and create spaces of healing especially within an urban waterscape context.

Kevin's photos are printed on aluminum sheets for a sturdy and vibrant look.  This series, titled New Perspectives, is his first 'First Friday' and first time publicly displaying his work.

Everything looks different when viewed from above. This series explores some of Juneau's most beloved spaces as seen from the top down.