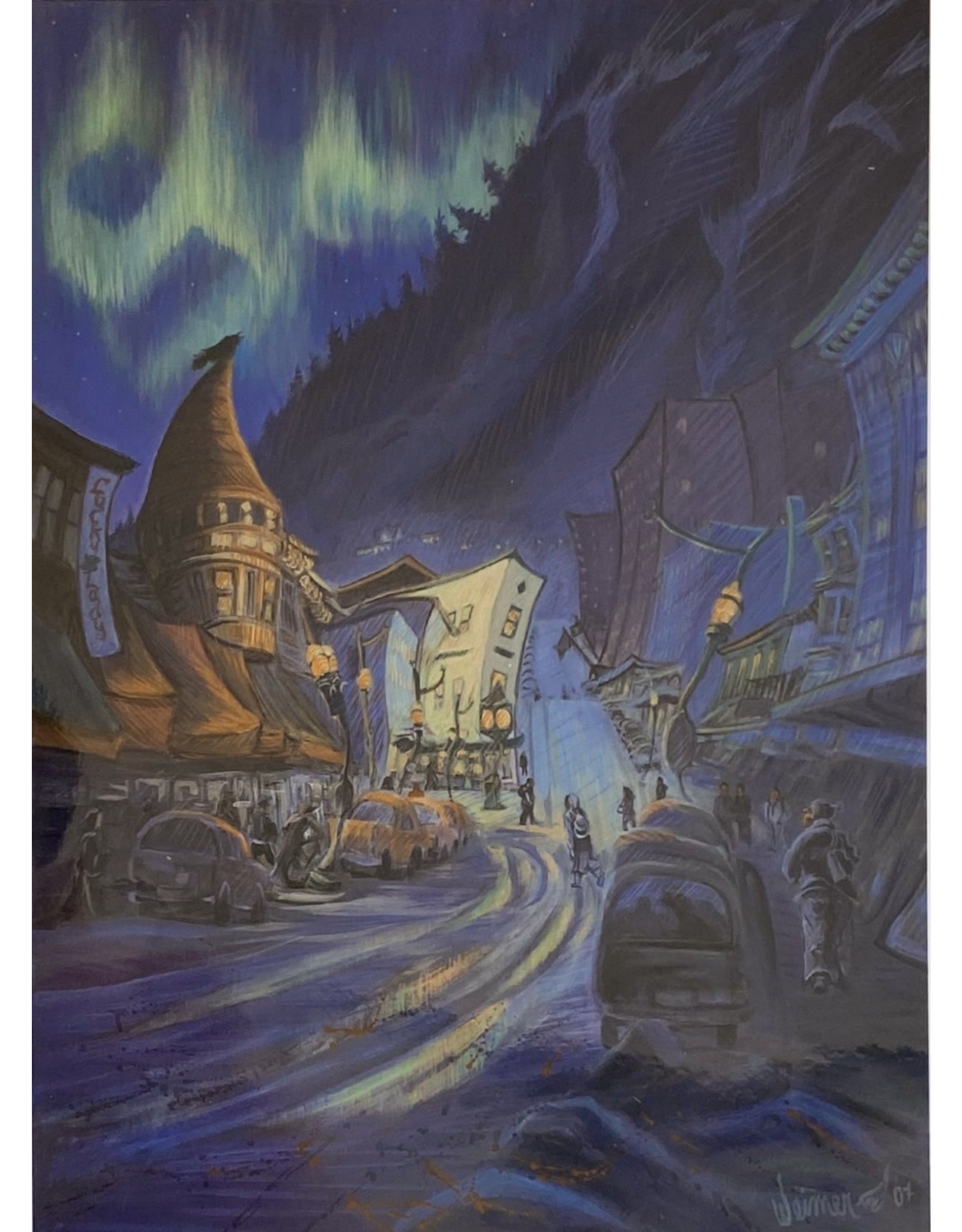 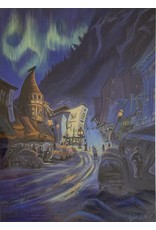 Arnie Weimer's "Cabin Fever Boogie" is available in the size 10 1/2 x 14. The watercolor print of down town Juneau, Alaska, is a limited edition out of 750.