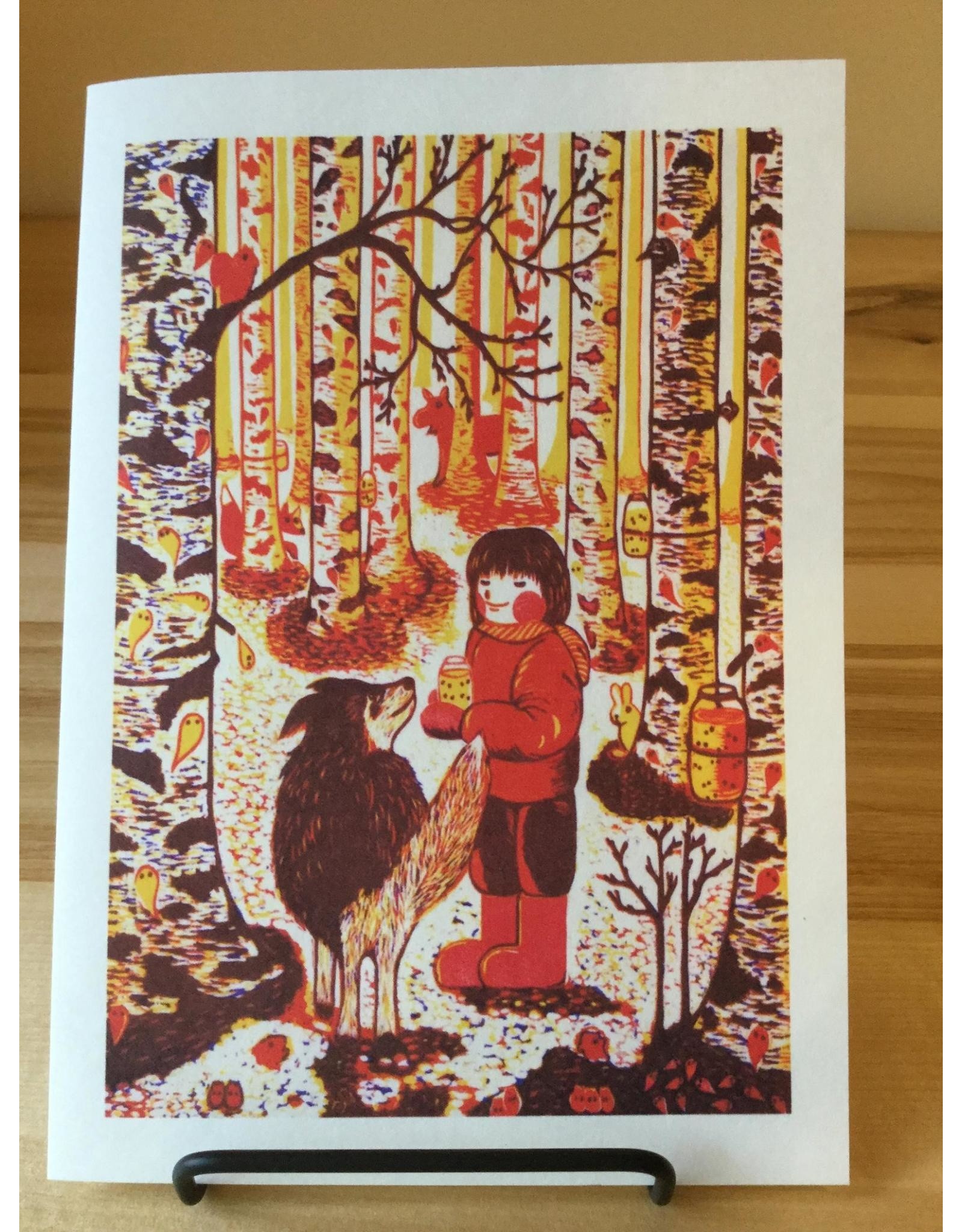 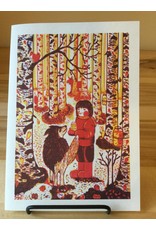 This is a reproduction print of woodblock titled "Collecting Birch Sap".

"Sap running in birch tree is one of the first signs of spring’s arrival in the northern forest in Alaska. We can only collect birch sap a couple of weeks when the sap starts running up the outer bark of the tree: usually soon after the evening temperature reaches above the freezing and before the leaves start to appear at the tips of the branches. (around the last week of April to early May in Fairbanks)
I look forward to collecting birch sap each spring and make birch syrup form the sap. I believe it helps rejuvenate us from the long harsh winter days that we go through, similar to how birch needs this sap to wake up from it’s dormant state. Drinking birch water wakes me up in many ways, too! (We call the sap we collected “birch water’ for it’s clarity.)

I put eyes on the saps to show that each drop of sap has energy that the birch needs to leaf out and to express the spirit of the forest. Saps are under ground, climbing up trees, and trapped in bottles.
There are also animals of the northern woods watching a girl and a dog as they walk through the woods to collect birch water." - Yumi Kawaguchi.

For creating original image, Yumi carved three Baltic Birch woodblocks and inked each block with Yellow, Red, and Violet ink and made this image with three layers of colors. 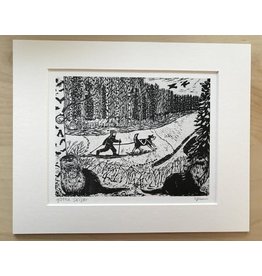 This is a reproduction print of woodcut titled " gOtta Skijor ".
Add to cart
"Gotta Skijor"
$25.00 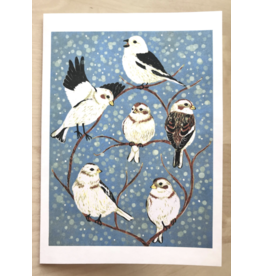 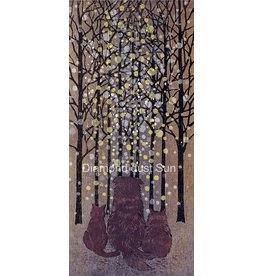 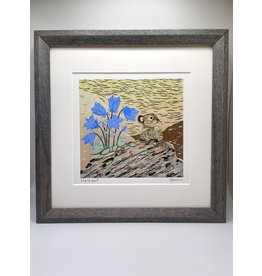 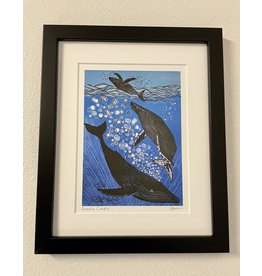